Machine Learning, Data Science and Artificial Intelligence are three terms that have been intertwined and used in multiple conversations during the past decade. Probably, in the business world, no other theme has caused so many questions, doubts, eyebrow raises and el dorado hopes.

If you are reading this post you might have some level of interest in understanding what Data Science / Machine Learning or Artificial Intelligence are and trust me, you are not alone in the world. Or better yet, let's trust Google Trends - the search interest on these terms have been on the rise over the past 5 years:

There are multiple opinions regarding the usage of algorithms in business and they range from:

At DareData we sit in between these two spectrums - we believe data science usage is an excellent way to enhance your company's decision making processes - but just like another set of technologies, you will only see a proper return on investment by thinking thoroughly, iterating quickly and listening (really listening) to the stakeholders.

You've probably thought about several challenges that your company faces that could be solved by using algorithms - if you are like most business leaders, you immediately pose yourself a question:

"How can I introduce Data Science at my company with the lowest risk possible?"

The importance of measuring 🎯

Start simple. Pick one thing that several relevant stakeholders within your company would see clear benefit from automating or predicting.

No matter how big your company, industry or revenue is, the first thing you should define, when developing an algorithm is:

What should my algorithm aim to achieve?

This seems like a simple, straightforward question but has more than meets the eye.

Breaking it down, to answer this question you have to:

And to make it even harder, some of the metrics you might achieve by gathering the answers from the points above are not clearly straightforward or even easily quantifiable. If you want to start to experiment with DS it's important to choose a problem that is relatively easy to quantify as you would probably spend less money, less time and involve less people in finding short term gains.

But how can you do that without exposing yourself to too much risk i.e throwing money away?

One thing that you might (or not) find surprising is that, at DareData, we start most of the relationships with our customers with a small project first (either in time or scale). This ensures that:

Do I really have a problem that I want to solve with data? If so, can I trust this partner to help me with it?

Let's imagine two companies - one that develops mobile apps (Company A), born in 2019 and other that provides electrical power to numerous cities (Company B), born in 1940.

How can they, being so different, benefit from a POC approach?

Let's pick company A first. They probably know what data science is - they were born in the data science era. There's a bunch of data sitting around that no one in the company knows how to use and their budget is tied to their VC's will.

The CEO thinks that there is a huge churn problem with some of their apps - 80% of the users that download certain apps use them only once.

He wants to understand why but he lacks the resources to do that. Ideally, he would like to have an internal data science team with people that have some experience and know what are the right questions to ask but this is costly and completely out of his budget, hence he starts to look for external companies that might want to help him.

In his mind, two questions and fears might come into play:

"How can I make sure that I choose the right company to help me?"

"How can I be sure that I'm not throwing money away?"

In both questions, what he wants to is to minimize risk. He wants to be sure that if things go well, he chose the right company to help him start his journey in digging through all it's data and if things don't turn out as expected he doesn't want to be tied to a project that will drain him a lot of his money and patience.

Introducing data science with a small project first is an excellent way to tackle this problem. The CEO clearly wants to solve a problem - lower churn. If we approach this the POC way, we start by defining a simple problem and a metric of success:

With a problem and metric defined there's a clear path to success. Fast forwarding to the end of the project, several outcomes might happen - describing the most to least successful:

So what's the downside here? Basically spending a couple thousand of dollars in a project to understand that the data that the company has available can't explain churn. But there's some positive externalities in doing this project - think of the data pipeline that probably was built, as an example.

What if the project really works? It can basically be scaled across other apps of the company and the CEO is more confident that he can trust the company that is helping him - and probably can rely on them if he wants to recruit an in-house team.

There's a clear gain for smaller companies to use a POC approach - they can minimize the risk if things go amiss - so how can big companies (that have probably better cash flows) benefit from this approach?

Let's put ourselves in the shoes of another person - the director of a company that distributes electricity across a region of the country. This director went to countless conferences that basically scream the same:

You should be doing analytics and data science!!

But he also understands that there's a big resistance for automation and algorithms at the company. The commercial, marketing and finance department have a huge compounding experience on the business and it's certainly hard to top that.

.. and most analytics and data projects done at the company missed their timing, budget or both.

Adding to that, there's a whole hype sensation that big companies might face - there's countless technologies, methodologies and innovations regarding data that come and go, most of them passing through a kind of funnel process that enables the surviving of the fittest (or the luckiest) - SQL stuck around, Hadoop not so.

So, for a bigger company (and this is a generalisation, for sure) the main problem is twofold, one related to people and stakeholders, and one related to technology.

So, how exactly does a POC approach minimizes these risks for a big company?

As with the startup case, let's define a specific problem:

And the metric of success:

In this case, what's the best way to kickstart this project? You've guessed it - a POC approach.

During the first two months, tests can be done for just a specific region of the country - and for the same region a part of the grid should be left as-is to have a ceteris-paribus (meaning, all other things constant) approach. With a POC approach, here is the timeline:

Now, the last step is a tricky one. It requires the participation of several stakeholders such as the IT department and the support team. But the good thing is that, with a POC approach, after developing the solution the company can probably test it when they feel ready and they have time to get everyone on board.

At the end of the project, again, three things might happen:

Now let's return to our talk about risk. What was the downside here, if the project fails? Let's point some common blunders of some projects:

It's not all roses

You are probably thinking - so if there seems to be a lot upside in using a POC approach in data science projects, why aren't all of them approached like this?

At DareData we believe that the POC approach is the bayesian  way of introducing data science at your company. Bayesians tend to look at the world probabilistically and update their belief that something is factual by seeing more evidence of it.

Let me dive into this concept without getting too technical, boring or both. Bayes Theorem tells us that going from a baseline probability we can update our probability that something is true given new evidence. Imagine this for your company:

Bottom line, if I ask you again, what do you prefer? Scaling a project for the entire organisation with 30% or 70% belief that will add you value?

As a final note, thank you for taking the time to read this! If you are interested in talking with us and just have a quick chat (no strings attached) visit our website (https://daredata.engineering/home) and hit the Scope a Project button - we would love to talk with you! 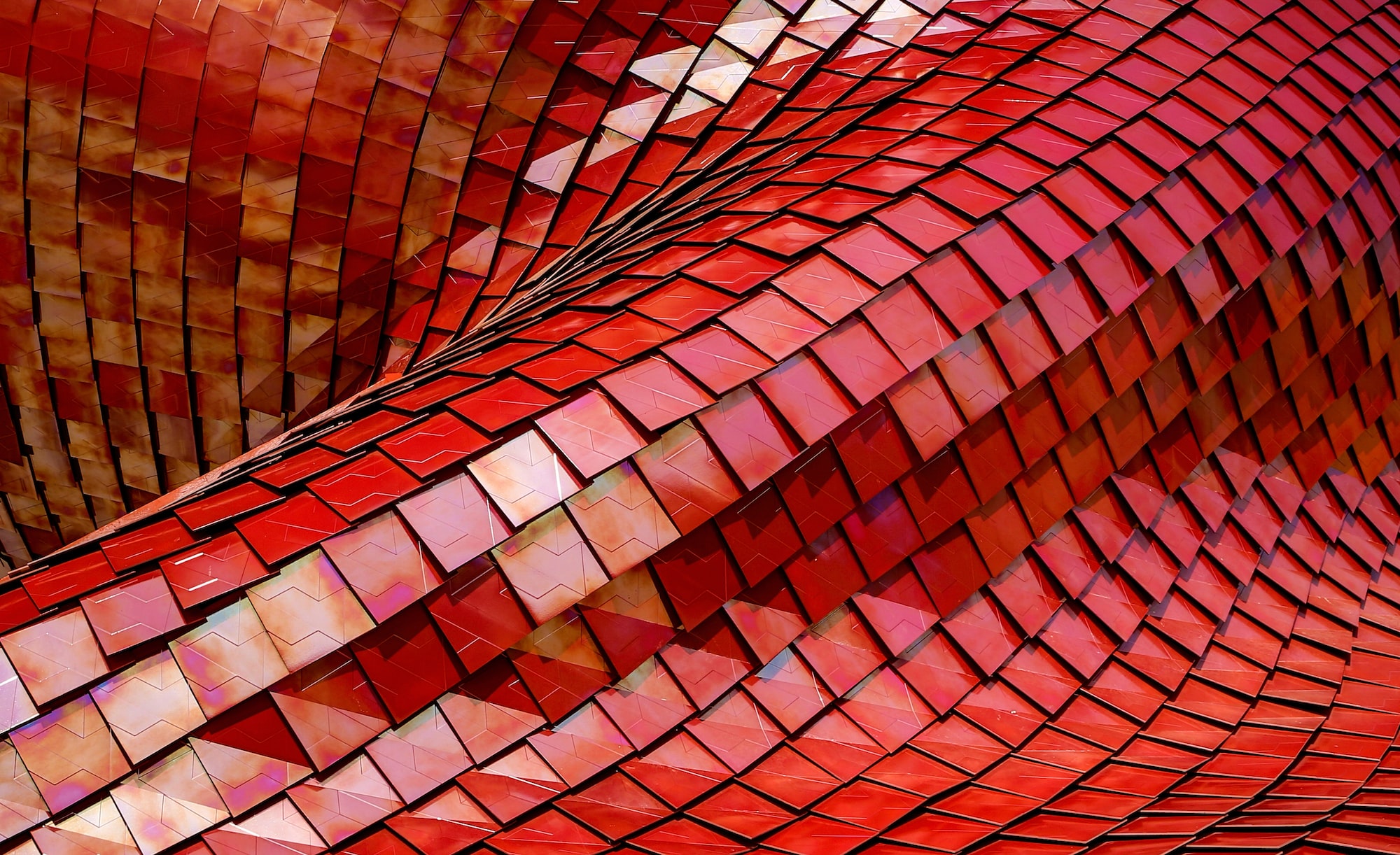 DareData is growing with no external investment, no debt, and no hype, while able to work with the best data scientists and data engineers out there. Here, I explain what we think is the root cause of our success, and what is the company set up for 2021. The world of data science and information technology is a constantly evolving landscape, where dozens of new tools and methodologies are created and updated daily, and many others quickly become